And how CBD contributed to her redemption…

Meet Mara. On July 4th we celebrated our one year anniversary of her adoption. I know what you’re thinking. How could no one want such a beautiful dog? 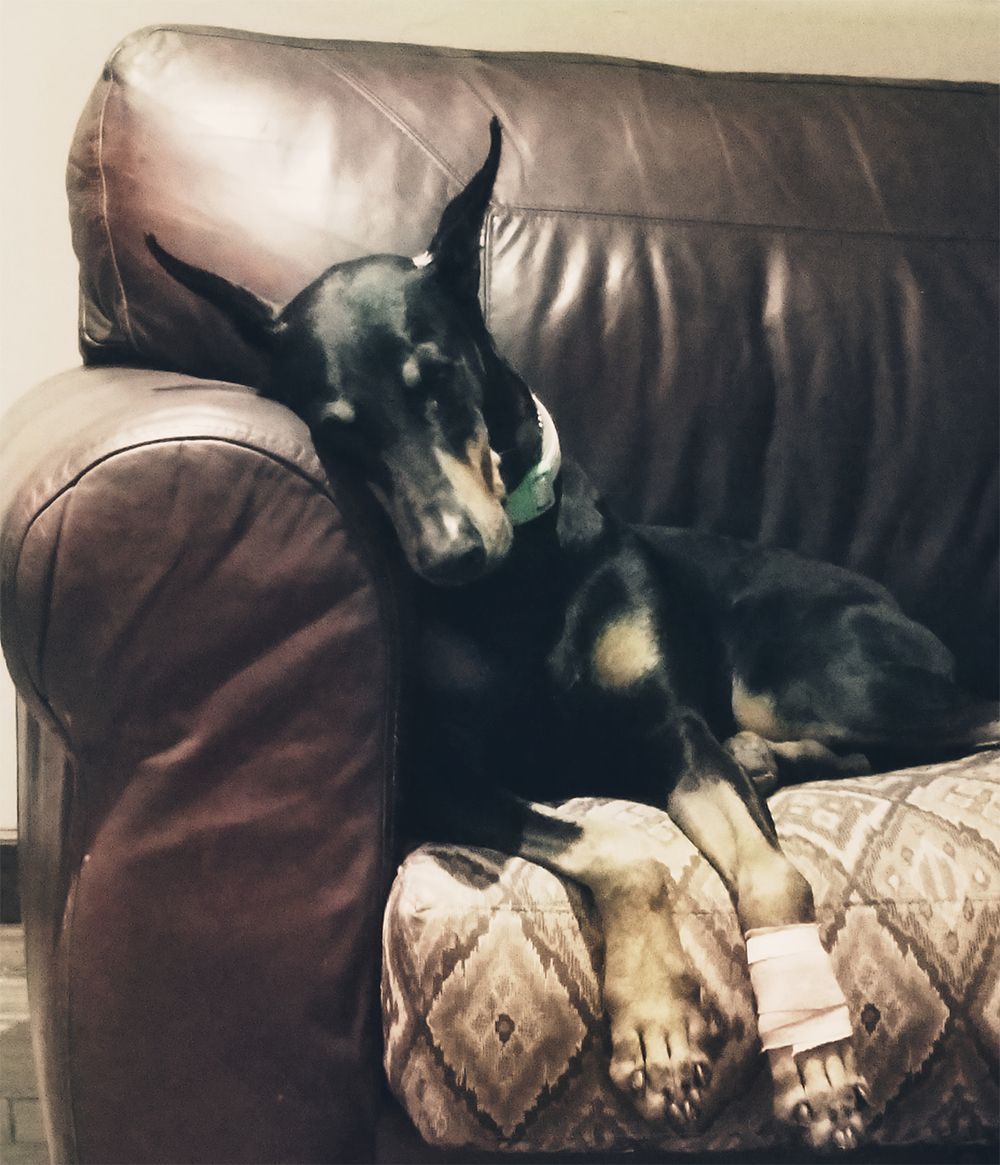 When we adopted Mara, she was 2 years old and had been in and out of the animal shelters in Los Angeles at least 3 times. She’d been with 2 different rescues (one which refused to take her in again), adopted multiple times (once as short as 30 minutes!) and always returned or surrendered. To say Mara was a bit neurotic when she came into our possession would be a huge understatement. She was suffering from “puppy PTSD” and wasn’t sure what to think of her new surroundings, or how long she might be there. You see, with every surrender, rejection and return to rescues and shelters, Mara’s condition just became worse. So by the time we got her, she was beyond a complete mess. She would pace after dinner, overreact to auditory stimuli and literally bat objects against the wall in a highly neurotic fashion, even licking her paws to the point of ulceration.

But there was something more insidious going on with Mara. Her ability to interact with other canines was problematic at best. She would react with severe aggression over food, attention or territory. But we found most troubling was the speed at which these incidents occurred. One moment she was calm and normal, and within what seemed like a nanosecond, she was in full “attack and kill” mode.

We hired the very best behaviorist we could find, and while the training, behavior modification and our K9 capsules helped somewhat, the vicious attacks on our 2 other Dobermans continued…less frequently but still way out of control. Out of desperation, I searched the internet for days and finally ran across an article written by a veterinarian and pharmacist. In the article, she described dogs with exactly the same behavior as Mara to which she attributed it the inability to “brake” aggressive behavior. Normally, with canines (and humans) the prefrontal cortex operates to provide that “brake” in behavior and keeps dogs (and humans) from horribly overreacting. In canines, there is a natural progression in aggression, a “stair step” if you will, beginning with raised hair, growling, barking etc. Aggression naturally ladders up as required by the situation. Not so in the dogs she was describing and certainly not in Mara either.

These dogs went from calm to full on attack mode almost instantly. As most of these types of dogs get turned into animal shelters and euthanized due to aggressive behavior, scientists have been able to perform autopsies and determine that the levels of serotonin are abnormally low to non-existent in the prefrontal cortex. The author’s argument was that dogs who suffered from this condition would never fully recover with behavior training alone; they needed drug intervention to increase the levels of serotonin in their prefrontal cortex!

When I read this, the light went on, and I knew the slight improvement in Mara’s behavior was likely due to the effect CBD has in increasing the availability of serotonin. But it was insufficient by itself. I called our veterinarian and we developed a drug therapy plan. We’d utilize 2 separate AD’s (antidepressants) then combine them with our CBD. I was sure that CBD would boost the efficacy of the AD’s in Mara, just as it’s reported to do in humans.

Now, some 6 months into therapy, I’m delighted to report that Mara is doing fantastic. I’m overjoyed we didn’t give up on her and searched until we found the answer, otherwise her fate would have been similar to way too many of the dogs who suffer from this condition. Like any treatment with antidepressants, the effects were not immediate. But slowly, over a couple months, the differences in Mara became extremely noticeable. She stopped attacking the other dogs and ceased the pacing and other neurotic behaviors. She actually started acting like a happy dog!

I’m troubled over the number of other dogs who’ve been put down, when they were likely savable. But in the end, I can take great comfort in knowing that one of our products contributes to a therapeutic approach that saved this beautiful girl’s life.